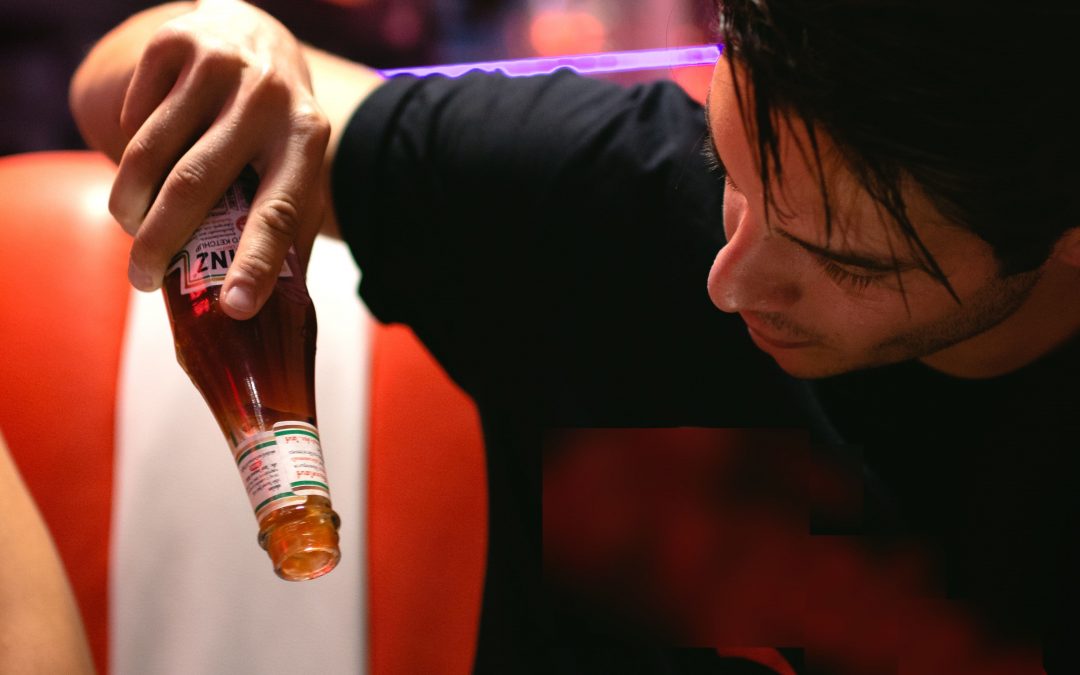 Sometimes waiting is hard. Frustration sets in; thoughts of anger and lost hope begin to occupy your head. It happens to the best of us! Carly Simon even wrote a song about the difficulties of waiting while waiting for her very late date to arrive at her apartment – Anticipation.

Anticipation became a popular song, but it was made even more popular by a Heinz ketchup commercial in the 1970’s. The message: their product is superior because of its thickness. According to the Heinz website – properly produced ketchup will exit their “iconic glass bottle” at a speed of .028 miles per hour. Now that’s slow!

Today, we have the luxury of plastic squeeze bottles, but I remember those days waiting for that red blob of goodness to make it to my burger. Sometimes folks would get impatient and attempt to control the process – some would try shaking the bottle or shove a knife into the opening. There were even those among us who claimed to know exactly where and what angle to thump the bottle with the palm of their hand. Sometimes the ketchup would come faster – usually too fast. An abundance of red would be splattered – making a mess of the plate, the table and perhaps our clothes! It undermined the satisfaction sought by defeating the ketchup!

Faster is not always better if it creates a bigger mess along the way! 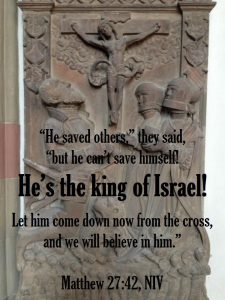 The verse this week is focused on another story of anticipation run amok. Jesus has been betrayed, falsely accused, beaten and now is hanging on the cross. His detractors are below, mocking him – almost daring him to prove them wrong! Their claim: come down off that cross, just like you saved others – and we will believe!

Jesus wasn’t working on their time – he had a job to finish. The author of Hebrews tells us that he had to die to defeat the power of Satan (v2:14). Jesus took the death sentence one earns by working against God’s guidelines. This is not because Jesus went against God’ – but because we all did, are and will. Those mocking him concluded that if his power were valid – he would save himself. They were in for a big surprise in a couple days!

Instead, Jesus waited. He had to die first so we all can live!

Our hope is that you can gain two things from this period of Jesus’ ministry.

Jesus teaches us that we cannot force the situation to change; trusting him and waiting works best.