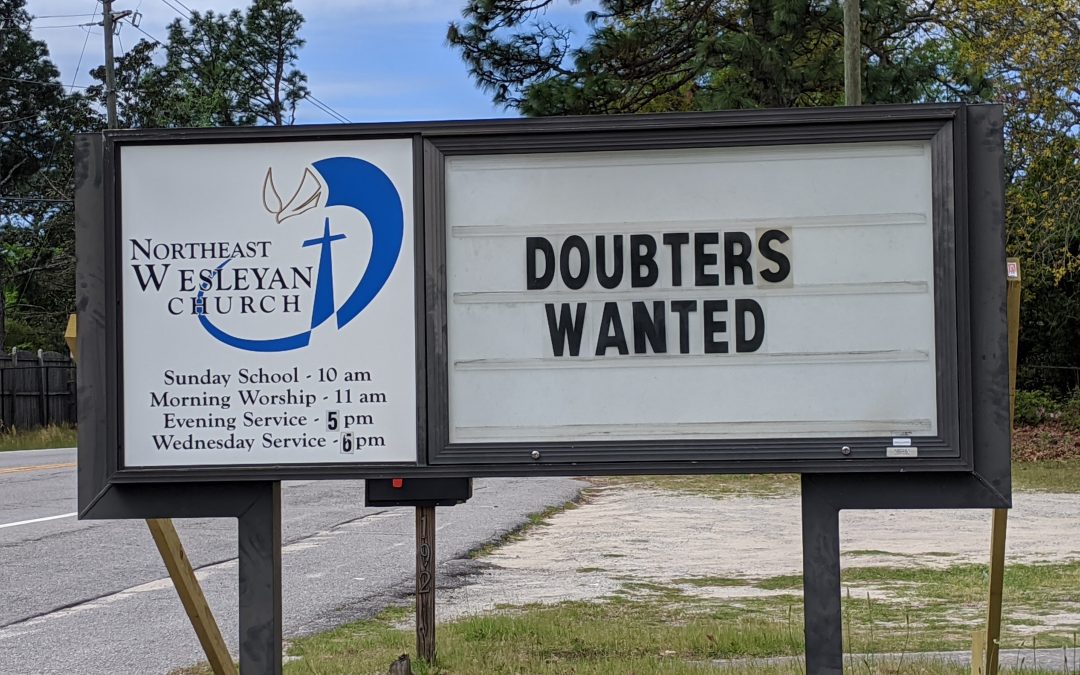 The FUD Factor (Fear, Uncertainty, and Doubt) is a marketing strategy that releases questionable information about itself or others. It is designed to persuade potential “buyers” to accept alternatives to the norm; or, sometimes it attempts to convince them to hold fast. Technology is a common home to the FUD Factor. No specific names will be mentioned here – but you would recognize them.

Past personal experiences have led to concerns over making changes. In one example, the information given suggested risk that “the other guy’s” equipment would not be compatible in our environment. After additional testing, we discovered the claims were not applicable to us. The information we received was correct, however it was incomplete. Our hesitation delayed progress which added cost and slowed the benefits of change. Much of this could have been avoided if we had trusted the data from the other, equally reliable provider.

Hesitation from mistrust and misinformation robs our potential.

Having doubts is natural. Those closest to Jesus also had doubts. Thomas became so known for his doubts that it is forever part of his name! The resurrection story is upon us. Mary and Mary set out for Jesus’ tomb when an angel appeared causing the ground to shake and the stone blocking the entrance to move. The ladies were startled. It totally freaked out the guards who reported to the Jewish leadership. They convinced the guards financially to keep it a secret. Then Jesus shows up telling Mary and Mary to gather his peeps and make their way to Galilee – he will meet them there. Of course, the ladies comply with their teacher’s request. As the crew made their way to the prearranged location – they see Jesus. Legit – he is alive!! 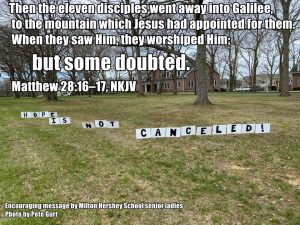 Put yourself in that moment if you can. The person you thought was going to release them from Roman oppression was killed. You saw his beaten and bruised body. You watched as they attached him to the cross. You heard his final, anguished screams – you’re there when he dies. And now – now Jesus is standing in front of you! How can this be? Would you immediately worship – or would you be among those who first doubted? Being alarmed is an understatement!

One can only imagine.

The Jewish leadership’s misinformation campaign caused some to doubt. They typically were a reliable group – but this time they’re being misleading. Some worshiped immediately, others doubted. Their response was not disbelief; yet they hesitated their worship. Perhaps those that experienced Jesus the most are the ones who hesitated the least. The same is true of Jesus today. Those who allow themselves to be engaged by Jesus are the ones who more readily respond to God’s will in their life. This does not mean a turmoil free life – but it does mean the turmoil will be easier to navigate.

We live in an age of rampant misinformation – it’s near impossible to escape. The facts about Jesus are constantly questioned. Something more reliable is available. As we approach Resurrection Sunday (aka Easter), you’re invite to refresh your thoughts about Jesus and who he demonstrated himself to be – our savior and our Lord. Those who believe, reflect on how life has changed for you – and worship him! Others might consider what life potential missed because they’re not focused on him. Jesus is reliable; he can change your life! You’ll never know for sure until you trust and try.

Hesitated worship of Jesus robs the potential God has planned for your life. Why not start now?

MercyMe: I Can Only Imagine