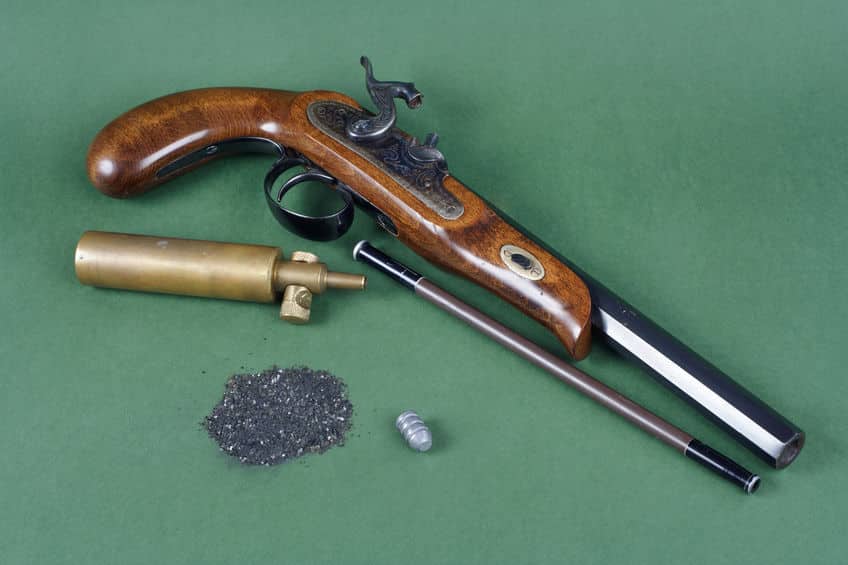 Television watching is not normally a big part of our lives, but recently my wife and I got hooked on a PBS series called “Poldark.” Spoiler alert for those who have not watched the second season. Francis and Ross are two of the main characters. Francis is the type of fellow that struggles with acceptance. He constantly lives in the shadows of his charismatic and well-liked cousin, Ross. Attempting to combat this, Francis goes out of his way to perform. He often has good intentions, but also can be unscrupulous and self-serving. Much tension is created because of Francis’ actions, coupled with the high expectations of others. Tension with his wife, with his father, with his cousin Ross – and even tension with himself.

Something changed early in the second season. Francis came to the lowest point in his life. In his struggle, he decides to end it all by wielding a pistol to his temple – bang! The first episode ends with the flash produced as the hammer of a 16th-century pistol strikes. I get binge watching.

In episode two, we discover he miraculously survived because the gun powder did not ignite from the charge. Francis sees this as a fate filled sign that his purpose is not yet fully served. This changes his outlook – he willingly accepts who he is and begins rebuilding the damaged relationships. As one would expect, those closest to Francis are skeptical at first. Francis endures and using the same resolve that severed his ties, he pursues his loved ones. It works – Francis eventually wins folks over. A subsequent episode ends with Ross and Francis’ wife Elizabeth agreeing that he has changed, and they like it.

Another binge worthy thing caught my attention a while back – the Bible. The kick-off and expansion of the Christian church are shared in a series called Acts. Season one has an antagonist of it’s very own; his name is Saul. Chapter 7 introduces us to Saul who is a ruthless killer determined to thwart the followers of Jesus. Today’s verse is the closing scene where Saul witnesses the murder of Stephen, a key leader in the early stages of the church. Take heart – this may be the end of an episode, but the series is not over! 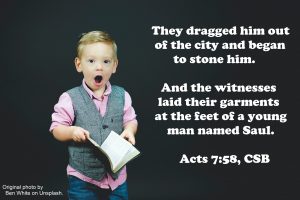 Saul is part of the Jewish leadership and believes these Christians are incorrectly teaching a new way to understand God. His intentions are good, but his actions create tension. Saul has his own moment of crisis – in chapter 9 he has an encounter with Jesus. Jesus reveals that Saul has a different purpose which is not yet fully served. The moment transforms him.

Saul then took the passion directed against the church and used it to explain the good news about Jesus to everyone. Like Francis, his attempts to restore relationships are met with skepticism. He perseveres, eventually winning over the hearts of the ones who know him best – and changes the hearts of the world for Jesus. Shortly after this attitude change, we learn that Saul has a nickname – Paul. It seems fitting as the stuffy and formal Saul has become accepted warmly as a friend.

Jesus transforms his adversary into his advocate.

An encounter with Jesus changes people. Sometimes it takes a moment of crisis, or perhaps it is simply a moment of clarity. Regardless, change can occur. Thoughts for you to consider:

Somebody Died for Me by Triumphant Quartet