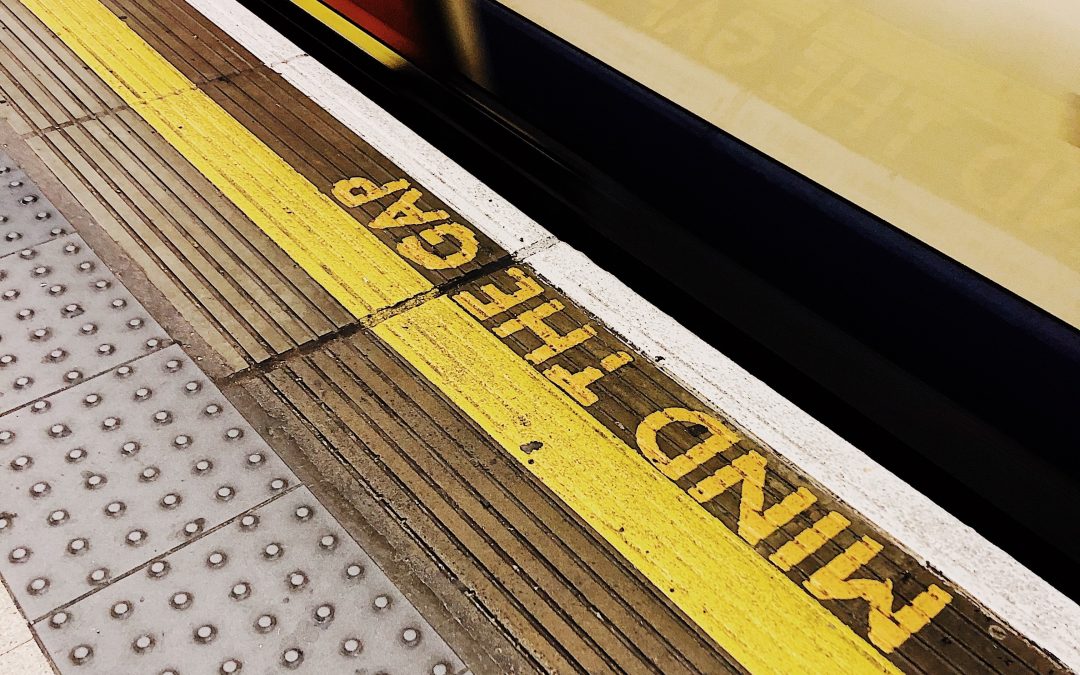 London’s mass transit system is among the best in the world! The Tube, their subway system, is generally clean, safe, and impeccably on-time. We had the opportunity to experience it while vacationing in the United Kingdom a few years ago. One well-known characteristic of London’s tube system is the warning to passengers: “Mind the Gap.” People traversing in and out are cautioned continuously to avoid falling or tripping over the opening between the walkway and the train. At first, it did not seem to be a large chasm to us – perhaps a few inches. One would think this message is not necessary. We learned the reason after going to different parts of the city – some spans can be as much as a foot wide! One should certainly be attentive lest you fall into the darkness below!

Some gaps are bigger than others, but a bridge is needed to cross them all.

The distance between trains and walkways of the London Tube is just one of many gaps to be found in life. We learn of a gap in understanding through our journey with Paul this week. In chapter 17, we find him teaching in Greece – Athens to be specific. Athens is known as a center of philosophy and knowledge. Greats like Socrates, Plato, and Aristotle rose to fame in this part of the world. Paul is now faced with the challenge of introducing Jesus to the deepest of thinkers. 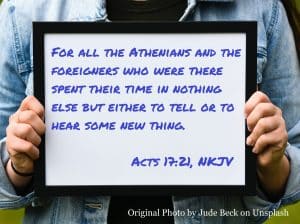 What does Paul do? He appeals to their thirst for knowledge. Referring to an inscription about “an Unknown God” seen earlier, all learn that God can be known. Paul is happy to bridge the gap for them, introducing the Creator of all things. He goes on to explain that God cannot be contained within handmade trinkets, that mankind was created for God’s enjoyment, and that God wants folks to turn from wrongdoings to live with him forever. Jesus is the answer to all the questions they could ever ask, and more.

The fastest way to build a bridge is to use materials close by.

People who are not open-minded generally will only expose themselves to like-minded thinking and tend to be more critical of opposing views than views that align with their initial understanding. Research shows that open-mindedness is a catalyst for personal growth (University of Pennsylvania, n.d.). Willingness to learn prevents one from being impulsively swayed and reduces errors in judgment. Many Athenians believed in God through Jesus and joined with Paul to tell others because of their openness to learning new things.

What could you learn about life and God if you were willing to mind the gap?

Here are a couple of suggestions for developing an open-minded attitude: