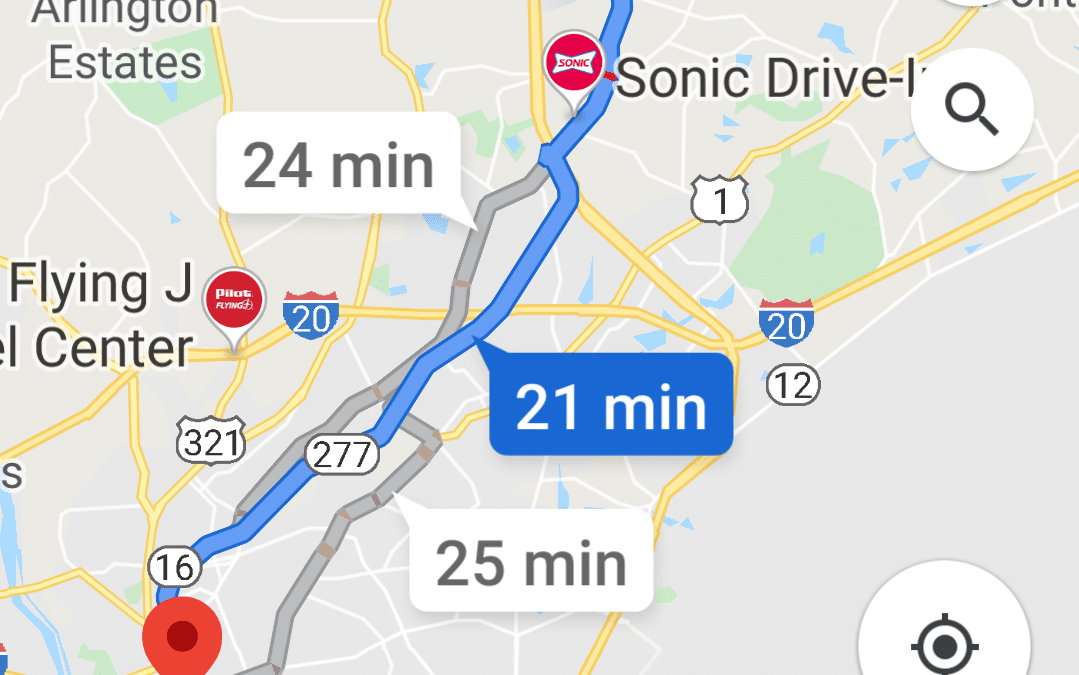 I found myself heading to a new pharmacy because our regular one was out of a medication my wife needs every day. I had a general idea where this store was located – but did not know exactly. The remedy? I plugged their address into my trusty GPS and set out to my destination the way one normally would for this part of town. First a right, then a left followed by another right. Suddenly my eye caught the phrase “Recalculating” on my device. “That’s weird,” I thought, “I’m going the right way for this part of town.” I double-checked the address thinking that perhaps I mistyped it. Nope – the address is right. So, I decided to look at the route overview to determine which way I was being taken. Once I saw the overview, I understood – obstacles on my normal route caused traffic jams and my device was getting me to the right place a different way.

It is easier to grasp where you’re going if you see the big picture.

Reading the Bible can be like that too. Sometimes the words, sentences and paragraphs run together as we read – the direction we are going gets lost in the details. Therefore, it helps to take a step back and know where we’re headed. The verse this week reminded to take a step back and understand the purpose and message being communicated in the book of Acts so that as we read the details, we can be sure we are on the right route. 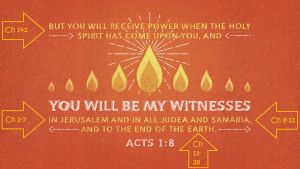 Luke wrote Acts as the second of two biographical accounts about Jesus and the people who gathered to follow his example of loving God and each other.  It opens with Jesus preparing his inner circle before leaving this world and returning to heaven. Jesus tells them that they will receive the same power that guided and sustained him – the Holy Spirit. He also reveals the outcome to expect from that encounter. The destination of the book is summarized here – it is literally the last thing he told the group. Where is Luke taking us? He unfolds an account of the church expanding from a small and localized group into a worldwide movement focused on unity and worshipping God.

The first two chapters capture the scene of the Holy Spirit coming upon Jesus’ closest students – giving them the ability and desire to tell others about him. Chapters three through seven describe how that message continues in Jerusalem over the course of two years with Peter as the primary instructor. Luke’s audience then learns how Philip and others take the next five chapters and 13 years to explain what Jesus did and taught to the people in Judea and Samaria. It is here we are introduced to Saul, whose name is changed to Paul. He is the Jewish leader that is first consumed with extinguishing the way of Jesus’ followers but shifts his passion after a personal encounter with Jesus. The rest of the known world then hears about Jesus as Paul moves about during the span of 14 years in the remaining chapters.

The book of Acts explains how the Holy Spirit empowered a close knit group to travel near and far for 29 years, telling thousands of people that Jesus is the one who came to rescue everyone from the penalty earned by breaking God’s rules. How can we live life differently because of this message?

Great destinations start with Jesus and his lessons. Where does your destination start?